My Favourite Dividend Stock For November 2018

I'm usually an investor in companies that are growing and reinvesting for their future. So it's only the minority of my portfolio that is allocated to income stocks.

Quite recently, I've been buying Dicker Data (ASX:DDR), and I like it at the current price of $2.81.

Dicker Data is an IT equipment distributor. It is increasingly providing cloud-based software products -- you can see its cloud portal below --  but it’s bread and butter is physical hardware. 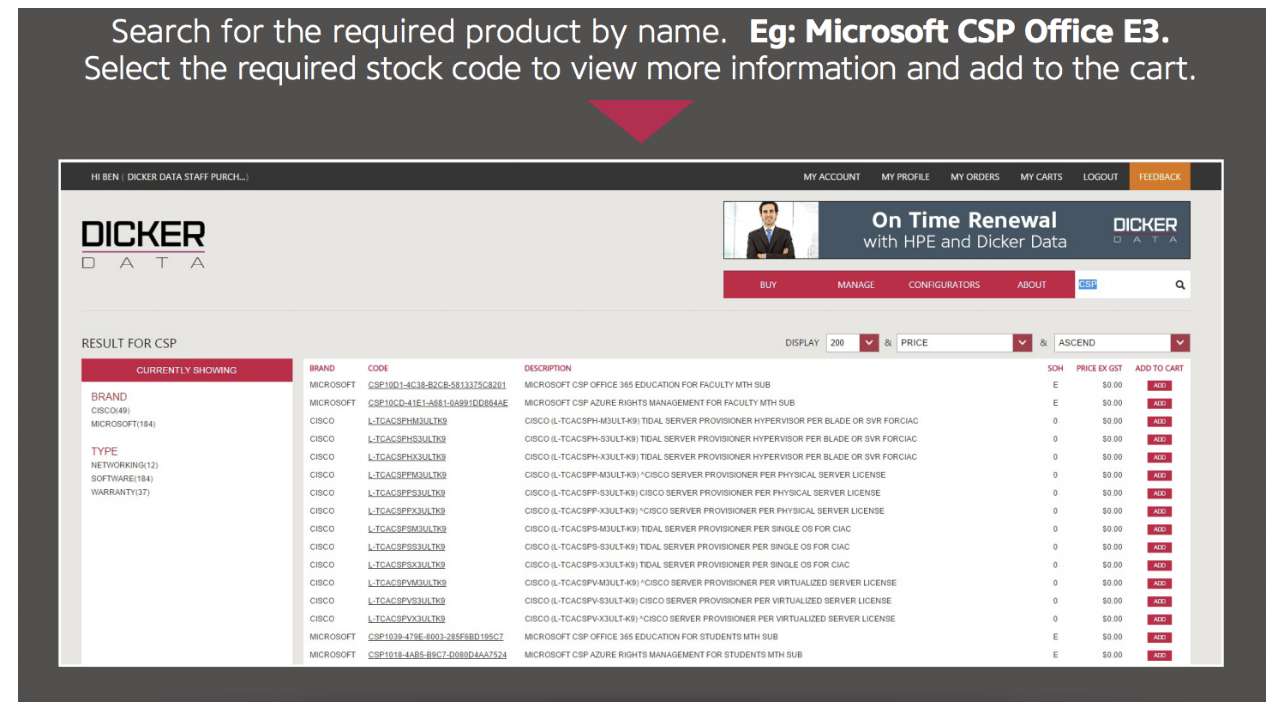 For every major hardware company there are only a handful of distributors in Australia. So if the IT department of a large entity needed to buy an Intel CPU to run Visage 7 (if it’s a radiology clinic), or to process real-time athlete data, (if it’s a professional sports organisation) then will be indirectly supplied by one of the eight Australian Intel distributors.

Now, this group is, by design, big enough to be seriously competitive. But the difference between the most efficient operation, and the least efficient, could be meaningful. Because of this competition, margins in the industry are thin. There isn’t any pricing power, so sustainable profitability depends on that efficiency gap. Companies must use both financial and operational leverage to make a profit. For this reason it makes sense that Dicker Data owns, and has developed, its own warehouse site. That asset is the key to leverage in the business (it allows cheaper borrowing and the control required to maximise operational leverage.)

Notably, Dicker Data pays out 100% of its profits to shareholders. In the first half it benefited from “a credit for remission of a franking deficit amount which was provisioned for in FY17 accounts.” In other words, profit after tax was boosted for ‘one-off’ reasons.

Even if we apply a standard 30% tax rate to the PBT forecast of $42.5 million, that suggests earnings of 18.5 cents per share for the full year. So far this year, the company has paid out 13.2 cents in dividends.

For the last couple of years the company has paid a slightly bigger final dividend, having paid slightly less than 100% of profits in the first three quarters. This year, if that pattern is maintained, the final dividend would be in excess of 5 cents per share. In any event, if the company does maintain earnings per share at 18.5 cents, its current yield will be about 6.4%, before franking credits.

For those of us who pay tax on income, that will still be worth over 9% per year even if Labor does something decent. It may well be that some shareholders holding shares in tax-sheltered structures, or who do not pay income tax, are finding the company less attractive given the likely event that Labor wins the next election.

On top of that, I have for years now been hearing positive things about management. Incentives are well aligned with co-founders David Dicker and Fiona Brown profiting largely through the dividend stream. Instrumental COO Vladimir Mitnovetski is also paid partly on performance and has been a considerable net buyer of shares in recent weeks. His biggest single purchase was $563,000 worth of shares at a price of AU$2.83 per share. In the last twelve months insiders paid just under $1m for almost 334,000 shares, at an average price of $2.86.

So part of the reason I have been buying is because I admire leadership and I currently have an opportunity to buy at similar prices to them. For reasons above I think that it is worth accumulating before the next dividend, which should be the larger final dividend.

The biggest risk to Dicker Data is that interest rates rise too quickly for the industry to make necessary adjustments, and working capital costs end up eating into profits. The company reported drawn debt of $116.5m at June 30, 2018. That means a 1% increase in interest rates would cost over $1 million (or around 2.5% of profit before tax). Therefore the company would have to run fast to stand still if its borrowing rates were to rise too quickly. However, there is evidence that as the company grows it can borrow on more favourable terms. It recently reported that “Financing costs have fallen by $0.1m despite an increase in working capital and debt, mainly as a result of lower interest rates.”

There is a non-cyclical risk that as companies move to the cloud, less hardware will be used, per person. Add to this a trend towards BYOD (bring your own device), where employees are essentially given a budget to buy from a retail store, and there are certainly some structural headwinds. However, I’m not convinced that these changes necessarily overshadow the generally increasing reliance on computing power in all industries. Additional hardware, software and networking are in general value-adders for a business and whether hardware is stored on premise, or in a data centre, it is still required.

One challenge that the company has faced before is the loss of a large distribution agreement with a vendor. Although this frees up working capital, some partnerships are big enough to have a meaningful impact on profit, the largest being about 20% of revenue. Losing that could be a multiyear setback, and would likely lead to significant paper losses in the short term as shareholders dump the stock.

Finally there is also a risk that the big vendor partners will move away from using distributors, and supply customers directly. This seems unlikely but if a trend emerged that would mean big trouble for Dicker Data.

Dicker Data is one of my favourite ASX dividend stocks. Although I invest most of my portfolio in fast growing technology and telecommunication companies like Audinate, MNF Group and Pro Medicus, I do like to round out my portfolio with dividend stocks such as Dicker Data and Kip McGrath. These businesses ensure that, even when multiples contract, I have some income coming in to invest in (relatively) cheap growth stocks. Over 15% of my portfolio is invested in stocks yielding over 4%, fully franked.