Telecommunications and IT services provider Over the Wire released its full-year results today. The headline figures were very strong:

Unfortunately, these numbers do not tell the whole tale because they include $4.1 million of other income. This relates to a reduction in deferred consideration payable for Comlinx, a business acquired in the first half of 2019. This means that Comlinx is not performing as originally hoped. Comlinx contributed $11.1 million of revenue in FY 2019 at a 32% gross margin, dragging down the group average to 51% from 56% in the prior year. 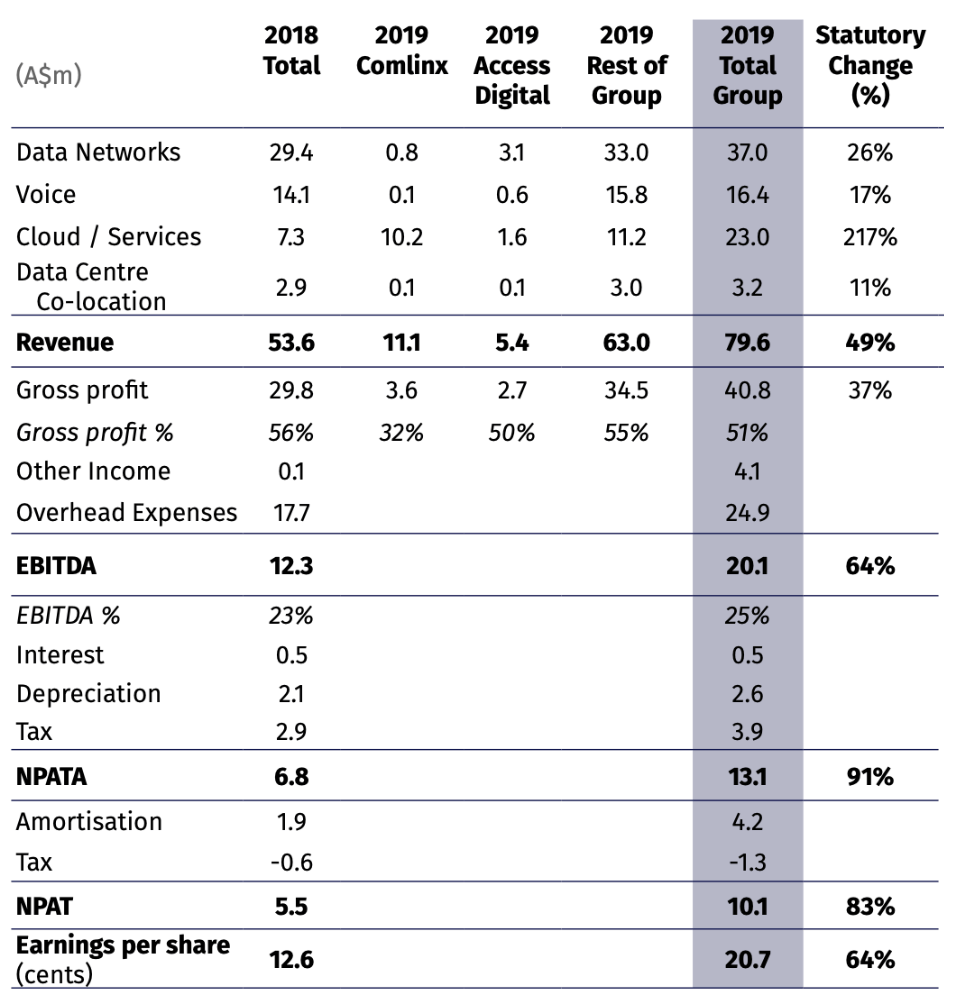 Comlinx generated $16.1 million of revenue and $3.2 million earnings before interest, tax, depreciation and amortisation (EBITDA) in 2018 as a standalone entity. Revenue for the 8 months since Over the Wire acquired the business was $11.1 million, in line with the prior year. CEO Michael Omeros said that payment of the deferred consideration depended on Comlinx achieving significant growth in 2019 which did not materialise. In addition, Comlinx margins slipped from around 35% to 32% primarily as a result of a higher proportion of lower margin hardware sales during the period.

To Over the Wire’s credit, unlike most of its peers the company has never split out integration costs from its figures despite being a regular acquirer. Having done two substantial acquisitions during the period it is likely that this also hurt profitability. Michael said that the company has always presented statutory numbers which is why the $4.1 million of other income was not excluded in the charts above. Regardless of the presentation style, I was expecting a better underlying performance from the business and it seems the market agrees with me as the shares are down over 12% since prior to the release at the time of writing.

Over the Wire is more than a garden variety roll-up. It is also growing organically, although this contribution is decreasing on a percentage basis. In the FY 2018 presentation the goal was to achieve organic growth of 20% each year and this has been reduced to 15% in today’s slides. Furthermore, in the HY 2019 release management declared that the company was on track to deliver in excess of 18% organic growth for the full year and the final result was 13%. 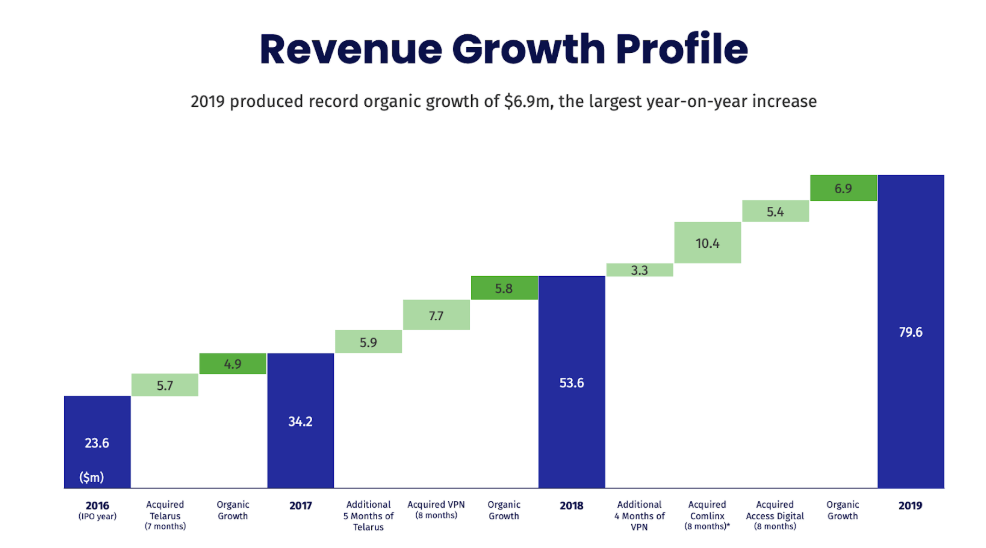 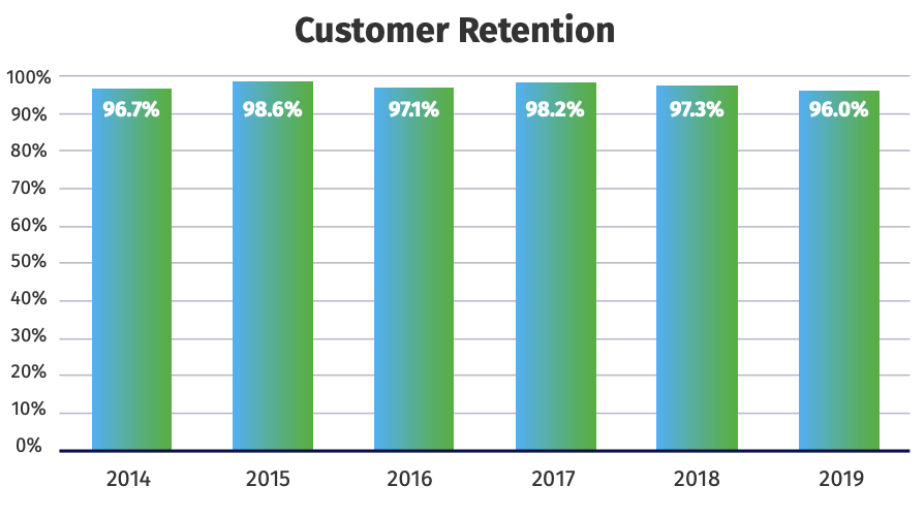 In the chart below I chose to display EBITDA rather than earnings because Over the Wire incurs a significant amortisation charge as a consequence of the acquisitions it has completed and this ought to be excluded in order to assess the true performance of the business. I omitted the $4.1 million of other income which inflated this year’s result and I used a simple average of the opening and closing shares on issue for each period rather than a weighted average. As you can see, despite purchasing both Comlinx and Access Digital in the first half of 2019 the business has been unable to improve EBITDA per share.

Over the Wire spent $4 million on capex in 2019 and a similar amount is forecast for next year. Based on underlying second half 2019 EBITDA of $8.5 million I estimate the free cash flow run-rate of the company is $9 million. Its enterprise value is $210 million at the time of writing, a hefty 23 times this figure. I’m not sure that the company is a sufficiently high quality business to justify such a valuation as it is particularly hard for roll-ups to maintain per share profit growth as they become bigger. Another challenge facing Over the Wire is that 70% of its revenue is derived from providing increasingly commoditised data and voice services. I sold my shares as I believe that at the current price of $4.08, there are better places to invest.

Disclosure: The author, Matt Brazier, has recently sold shares in OTW and will not trade shares for at least 2 days following the publishing of this article.

Access to our paid Ethical Equities Supporter membership subscription is available, but only by request.

If, somehow, you are not already using Sharesight, please consider signing up for a free trial on this link, and we will get a small contribution if you do decide to use the service (which in turn should save you money with your accountant, or time if you do your own tax.) Better yet, you can get 2 months free added to an annual subscription.