Like clockwork, in the middle of a lavish sell-off, it's time to select 3 Buy Ideas.

"I’d love to be able to give you platitudes about how there’s always something to worry about and markets always go up," I wrote in June this year, "but, it’s not in my nature."

The S&P/ASX Emerging Companies Index is down over 14% since then, and investors in industrial small-caps are facing the possibility of a good old fashioned bear market. A lot of the heat is coming out of the rubbish, often subsequent to extensive and well-publicised insider selling.

So here are my 3 best buys now:

Laserbond is an industrial company servicing heavy industry by prolonging the life of machinery through skill. I bought some because Luke said it was his highest conviction pick for FY 2019.  I note that the company is owned and operated by the Hoopers, (edit: with a 47% holding).

In 2018 receivables increased by $1.3 million, inventories went up by $0.7 million, and payables went up by about $0.9 million. This expansion of working capital seems consistent with the growth that the Hooper brothers say they are achieving for shareholders. Anyway, these smaller businesses that have proven profitability can really maintain profits when optimised. I would hope Laserbond can grow dividends to $500,000 a year, within three years, which means doubling it. This would seem like a stretch, but for the fact the company said they think first half EBITDA will be $1.8 million. Even if we say that the second half is a $500,000 EBITDA half, then the company would be able to increase the dividend (again) while still investing something in growth. With a market capitalisation of just $22 million, there is plenty of upside, here.

For a more comprehensive view of Laserbond read Matt Brazier's piece: Laserbond, Scratching Beneath The Surface, which I applaud.

As Joe says, "A well capitalised business will almost always live to see another day. One better, it can play offence while others play defence." Abstracting that again, it can make sense to look for high quality growth investments when others are looking for nearer-term profits.

In both senses, Audinate sounds good. It is well capitalised, and running close to break even, while the current sell-off is driving the hype from the share price. The core of it remains the same, however, and if it can come to be the dominant sound transmission protocol then I find it hard to believe it won't do well financially. The most recent quarterly showed record receipts. 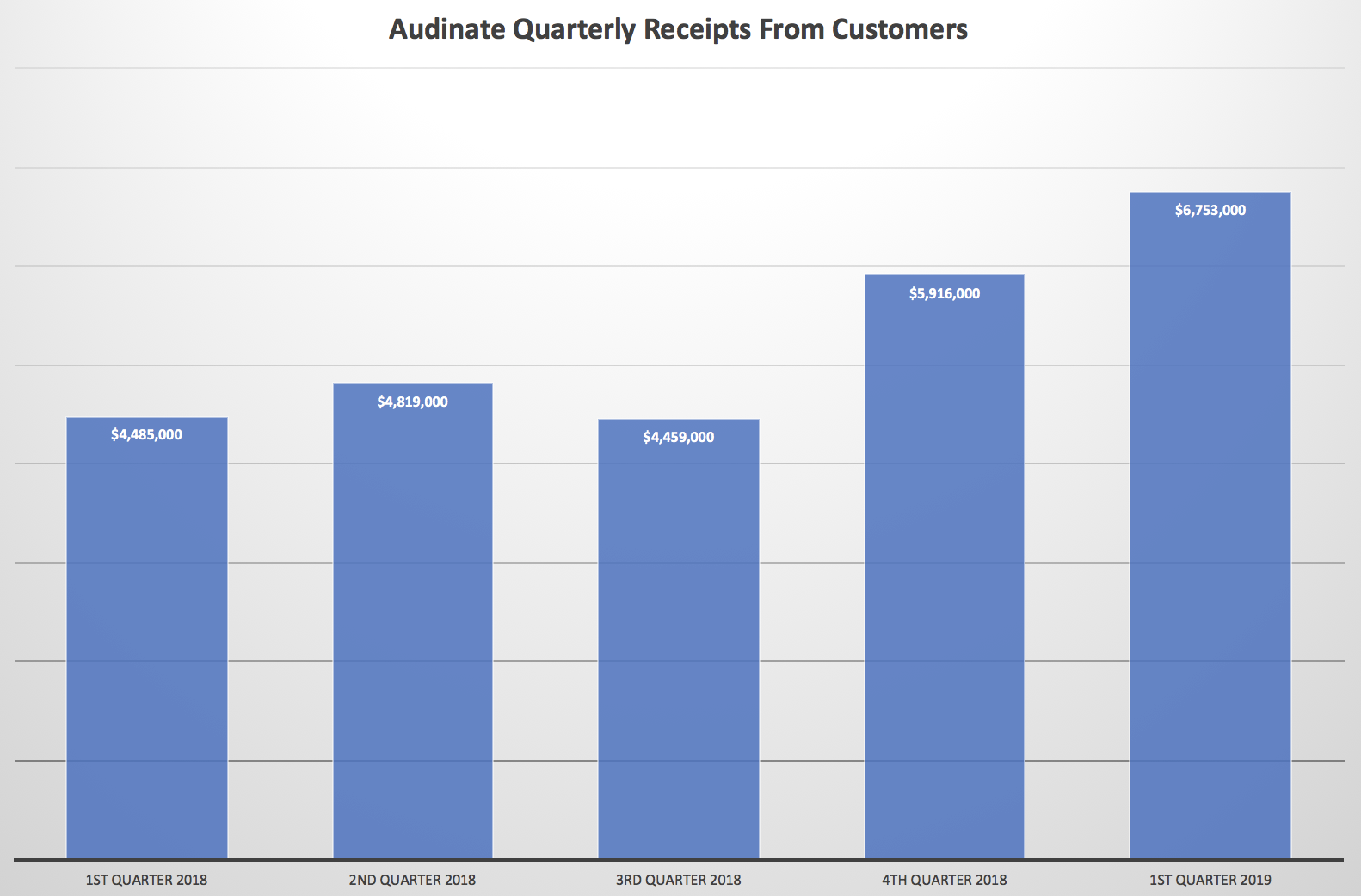 I like it and I own it, but I accept it has a long way to go before proving its value.

Ebos is definitely one for the times when I'm feeling risk-averse. The company appears to grow earnings per share steadily each year, on low margnis, within the healthcare industry. To me, that sort of longer-term performance makes me think that it is a company that plans for the longer term, and has some sort of defensible scale-based moat.

Either way, it will benefit from the natural tailwind of ageing populations in Australia and New Zealand. I also like the fact that it is now going to distribute to Chemist's Warehouse. I think the additional scale will be a positive for them, as will be knowledge about what Chemist's Warehouse is stocking.